Beneath the Gravel Weight of Stars

Only 1 left in stock (can be backordered)

Beneath the Gravel Weight of Stars

What is the language of the streets, of the unhoused millions who inhabit them?

As a poet and an activist/advocate for the houseless, Mimi German has written poems that tell the stories of the unseen. Beneath the Gravel Weight of Stars is a lyrical force as it translates the language of suffering, trauma, addiction, sorrow, love, and the fires of life & death. These poems are filled with a language you might not readily recognize—In the staccato breaks of thought and phrases that carry multiple meanings—to reveal the hidden, the underworld, and the shadows of the heart.

ENJOY A VIDEO OF MIMI READING FROM THE BOOK: 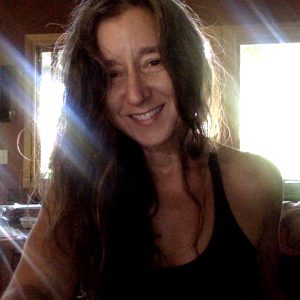 Mimi German is a poet, an activist, an organizer, and an advocate and co-founder of Jason Barns Landing, a houseless community and transitional village in St. Johns, Portland. She is also a co-founder of People’s Housing Project based in Portland, Oregon. Her poems have been published in The Hopper, The Mantle, Three Line Poetry (Vols. 51 & 52), New Verse News, and recorded and archived as testimony in Portland City Council sessions from 2017- 2020. Mimi divides her time between living in the remote wilderness of Steens Mountain and Portland, Oregon.

Early Praise for Beneath the Gravel Weight of Stars:

What does it mean to be housed in this increasingly complex world? What does it mean to be houseless? Beneath the Gravel Weight of Stars (formerly titled Eyes of Horse Hair) explores these questions with lyric, evocative constellations of images, where we see how lavender begs to the sky between the hours, and that shows—and evokes—so much, without having to be explicit. These brief poems reverberate beyond what is on the page, giving readers much to think on and feel long after the final page. Stunning music is scattered throughout all of these poems.

These are very fine poems; I would not be ashamed to have written them! How I would like to see them in a book!

—Cecile Pineda, author of Entry Without Inspection
and Apology to a Whale: Words to Mend a World

These are beautiful and fierce and real.

—Steve Silberman, author of Neurotribes
and TA for Allen Ginsberg

The Other Side of the Coffee Shop Window

1 review for Beneath the Gravel Weight of Stars