Only 1 left in stock (can be backordered)

In Built to Last, Tara L. Carnes weaves the voices of survivors into poems to take a fearless look at domestic violence and the support systems that make it possible to heal from the trauma.

ENJOY A VIDEO OF TARA READING FROM THE BOOK: 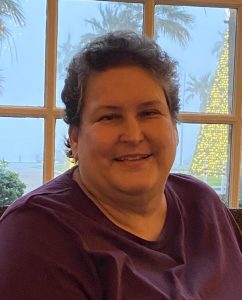 Tara L. Carnes is a musician, writer, teacher, and spiritual director. She has an MA from the University of North Texas and spent over thirty years working as a music educator and church musician.  In 2012, as part of her coursework for the Haden Institute (Niagara, Ontario) spiritual direction program, she began writing poetry.

She loves using the rhythms of words to embrace both the dark as well as the light in her work.

Besides tough issues such as domestic violence, she writes poetry about nature, spirituality, and motherhood and utilizes them in her spiritual direction practice. Brené Brown stated, “When we deny our stories, they define us. When we own our stories, we get to write a brave new ending.”  Tara looks forward to many years of sharing her experiences, and “living a brave new ending“ through the music of poetry!

Tara’s poetry has appeared in Snapdragon: A Journal of Art and Healing, SageWoman, Cholla Needles, The Poeming Pigeon, and The Very Edge Poems (Flying Ketchup Press). She lives in Texas with her daughter and their handsome, plush, tuxedo cat, Orion.

Early Praise for Built to Last:

In language as precise as it is restrained, Tara Carnes’ Built to Last is a testament to Carl Jung’s theory of the individuation process—that process each of us must move through in order to become the human beings we were intended to become. Carnes shines a vivid light on scenes of shame, despair, abuse, and terror and on scenes of courageous attempts to help others who have experienced the same. Despite the physical and emotional traumas these poems explore, Carnes shares with us those moments when she has finally taken ownership of her power, enjoying unabashedly her comeuppance. Always, though, at the core of this trilogy of suffering and survival, there is a deep reverence for those both Divine and earthly who have journeyed with her in the darkness/ sharing [their] wisdom and faith.

Domestic abuse victims hide their bruises. Their stories generally remain hidden—unspoken and unwritten. Fear. Fear will take a voice. Fear will do that.

This collection of poetry empathically speaks their truth. And more than their truth, it records their hard-won transformation from victim to survivor. Grit. Grit will keep you alive.  Grit will do that.

This. This is what they know.

I am struck by the number of sensory nouns Tara uses in this compilation of poetry. It stands to reason, since it’s about domestic violence, which we feel, touch, taste, smell, hear. The horrible words directed at us, the smell of a Teddy bear who brings solace, the taste of a salad which reminds us of times we felt safe, the touch of a friend’s hand or our head resting on our arms in the presence of Mary as a girl.The feelings: terror, fear, anxiety, worry, embarrassment, shame, self-blame during the time of entrapment, and, conversely, feeling the joy of freedom and the freedom of joy, the capacity to breathe deeply and laugh from the belly (and play the saxophone, once again), the freedom to cry the tears of leaving (not the tears of waiting for him to come home to torture), the strength to de-program one’s self from all that was dumped into us and on us by our abuser(s).

Tara also uses many present progressive verbs, which suggests to me that the process of recovery from domestic violence is not a once-and-for-all event; rather, recovery happens over time, in time, during experiences that recapitulate the original abuse, through conversations with friends who love us, and in the silence of being in the heart of Creation.

You cannot read this poetry and not be affected by it. May it affect you and help you commit to intervening when you witness domestic violence or are told about it by someone you know.

Tara Carnes delivers poetry with a punch in Built To Last, her collection of 24 poems about the nightmare that is domestic violence.  Carnes presents a picture of broken hearts and broken dreams by drawing honestly and unflinchingly on survivors’ struggles to escape abusive partners.  At times sad and disturbing, at others hopeful and even funny, Carnes recounts the realities and hurdles an abused woman, especially one with children, faces in a society where everyone would just as soon Not Know.  Instead of giving in or giving up, Carnes relies on her own keen determination and the support of devoted friends to change her life and to ensure a future for herself and her daughter.

Built To Last is not an emotionally easy read, but it is an immensely worthwhile one.   Carnes packs so much into each poem; one read is not enough.  She skillfully makes use of poetic form and style to convey unsettling images that have multiple depths of meaning. Tara Carnes shares the stories of courageous survivors in Built To Last.

White Christmas lights
smother the bushes
as we numbly
crunch to the car.

The rejected pink bunny
she casts aside and
curls on the floorboard
hugging Teddy hard.

She clutches his
disheveled, patchy fur,
breathing in the smell of this
familiar
faithful
friend.

Scratched-up eyes that have
witnessed her abuse but
no mouth
so he can’t tell
either.

Be the first to review “Built to Last” Cancel reply