Mary Dyer’s Hymn and Other Quaker Poems constructs poetic songs which open-up multiple dimensions of an embodied sensibility of the conflicts between Puritans and Quakers in 17th century Massachusetts. There are a number of themes as presented in these poems, including: 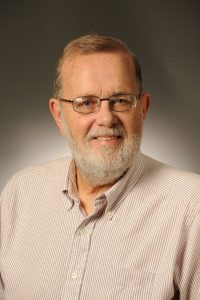 Stanford Searl lives in Culver City, California with his wife, Rebecca Warren Searl and is a member of the non-pastoral Santa Monica Monthly Meeting of the Religious Society of Friends (Quakers) in Santa Monica, California. For nearly twenty-five years, Searl was a Core Professor in an interdisciplinary doctoral program at Union Institute & University until the program closed in 2012. He has published two books about Quaker silent worship, including Voices from the Silence and The Meanings of Silence in Quaker Worship, both published in 2005 and a book of poems, Quaker Poems: The Heart Opened in 2014.

In 2016, Foothills Press published his poetry book, Homage to the Lady with the Dirty Feet and other Vermont Poems and in early 2019, Kelsay Books published a poetry chapbook, the autobiographical Songs for Diana, poems that explore the life and death of his severely handicapped child.

He is working on a new full-length book of poems, The Cider-Press Man and other poems of Long Island’s North Fork. Details about some of these poems appear on his website, stansearl.com and he is on Facebook as well.

This, for me, is Stanford Searl at his strongest, blending the themes of space, place, and memory, with the theme of Mary Dyer’s martyrdom, part of his faith heritage. The collection is poignant and lyrical and yet also apocalyptic in the ways it continually lifts the veil and pulls it aside to reveal another layer of a still more subtle sensibility. This is a collection that for all the Quaker silent prayer is musical and melodic in the way it calls to us. Searl engages past and present, roots and routes, to offer us fresh visions of how we can relate to the confusion of the human condition in our everyday context.

Stanford Searl’s tender, lyrical poetry leads us into a past time, arrested, yet brought to life, with mystery and nuance. The harsh receptivity of the Northeast Colonies to anyone not Puritan is laid bare, accompanied by strains of music, sounds of the living marshes, prophecies of my ancient Quaker Mothers of Israel. These courageous souls, neither male nor female in Christ, faithful in the face of hideous persecution challenge my complacency and sometimes tepid engagement with the Spirit. The cruel realities of that fear driven time and place, sadly familiar to our condition today, are juxtaposed with the messages of God’s sure presence. The compelling narrative contained in this delicate collection leaves me buoyed up and inspired by the joy and certitude to which these early Friends gave witness. “I am already in Paradise.”

In 1880, John Greenleaf Whittier poetically evoked the sacrifice of Quaker martyrs to the fears and prejudice of the Puritans in “The King’s Missive.” His verse also captured the continued resilience of those whose “lives preached” in the face of persecution and death. Contemporary Quaker poet Stanford Searl similarly expresses in Mary Dyer’s Hymn and Other Quaker Poems the poignancy of that time (including Searl’s own dissenter ancestry); the witness borne by willing martyrs for a greater cause; and the emotion still experienced by witnesses to such courage and faith. Beyond the stirring poetry and important history, however, are lessons that are still important to learn as latter-day Puritans seek in their own way to take cherished values to the scaffold. Are we willing, like Dyer, Leddra, Stephenson, and Robinson, to face the ultimate sacrifice for a good greater than ourselves? Or are we fated, as another poet (James Russell Lowell in “The Present Crisis”) once penned, to see “Truth forever on the scaffold, / Wrong forever on the throne?”

Stan Searl’s exquisite poems give us the powerful feeling of being present with Mary Dyer and the other Quakers, whom the Puritans hanged on Boston Common.He has created a collection of voices, and throughout we feel the beauty of Stan’s own singing voice.In this way, these poems are like his other recent book, Songs for Diana, a beautiful book of life and love for his daughter.