My Mother Never Died Before

My Mother Never Died Before & Other Poems

by Marcia B. Loughran

Because everybody has a mother. And everybody’s going to lose her.

A collection of poems inspired by one woman’s relationship with her mother, the chapbook My Mother Never Died Before and Other Poems sounds heavy, but lands light. The first half includes poems written after the mother’s death. The poet focuses on the everyday, mundane details—what the funeral home visit was like, how birds felt like messages, the unexpected realities of life without one’s mother. The second half pulls back the camera to include poems written before the death, which capture the ups and downs of the mother-child relationship. Wry humor and a companionable narrative style invite the reader in to one particular take on a universal story. 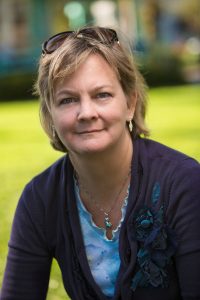 Early Praise for My Mother Never Died Before:

My Mother Never Died Before is a joyful read, full of surprises. Marcia B. Loughran shows her versatility and variety while bringing a welcome dose of humor to this collection, which is hard to pull off in poems about death. The many familiar scenes here—shopping for caskets, cleaning out papers after a parent has died, touching their intimate objects like breath mints and combs—are all painted with such clarity and reality. Loughran takes a risk by beginning with the “after” poems and ending with the “before,” but the gamble pays off beautifully—the innocence of “before” makes the “after” all the more poignant in retrospect.

—Amy Miller, Contest Judge, 2020 and author of The Trouble with New England Girls

In our family, kitchens are yellow./ But yellow is a wide road, Marcia B. Loughran writes in “Differences of Opinion,” one of a dozen in her exquisitely-rendered palette of  poems My Mother Never Died Before. Loughran is a master colorist, depicting the sort of home I always wanted to grow up in or, at least, have next door: The one with that yellow-walled kitchen (the exact shade being Button and popcorn/ a three-year-old’s drawing of the sun./ Dandelions, daffodils), a patchwork quilt to comfort us/ moments of incredulity, and most of all, full of good company with whom to spend time—one of this book’s primary pleasures.

Another is its understated wit: It’s hard to laugh/ and be sad/ at the same time,/ like trying to keep your eyes open/ when you sneeze, Loughran writes in “Phone Calls” a poem that in part deliberates, with a certain gallows humor, on the comical nature of neck braces. “Burdened Vessel,” on the other hand, exerts a breathtaking gravitas, using nautical imagery as a metaphor for the sacrifices of caretaking, a stunning achievement of magical realism which resonates as deeply as her soggy cough/ a foghorn we ignore/ like the radio.

Throughout, with the strength of language precise yet lyrical, odd but familiar, full of heart though refreshingly void of even a hint of the saccharine, Loughran has written a eulogy that would make any mother proud, even (or perhaps especially) when she allows, in “Inheritance,” that I don’t miss her/ much.

—Lissa Kiernan, author of Two Faint Lines in the Violet
and Founding Director of the Poetry Barn

In these twelve terse, keenly observed, and often heartbreaking poems, Marcia B. Loughran excavates and articulates the liminal space of grief, telescoping in and around the strangest of moments—when you lose the person who gave you life. Loughran expertly captures the puzzlement and unmoored nature of losing one’s mother. And in each poem, she gives us tantalizing clues about who was lost and who was left behind. The mother at the center of these poems emerges as someone who was witty, adventurous and, above all, kind. I found myself longing to sit in her yellow kitchen while making home-made Christmas ornaments over a cup of tea, with milk from a bone china jug. The love between the mother and daughter in this volume is not flashy, it feels quiet but deeply rooted and the grief the daughter experiences is a subtle ache, encapsulated by Loughran’s perfect lines, I feel like calling my mother./ Nothing urgent, more/ like I have nothing/ to say and she was always/ the best at listening to nothing/ all the nothings that happen in a day.

—Cusi Cram, playwright, screenwriter and Arts Professor at Tisch School of the Arts

Marcia B. Loughran’s vulnerable, heartfelt poems brought me comfort I did not know I needed. Her clear, honest imagery portrayed simple snapshots of daily life that brought my Grandma back to me. Anyone who has felt alone and lost after the death of a loved one will be comforted by Loughran’s honest telling of her own grieving. Through her profound poems, Loughran bravely explores the pain of death contrasted with the power of memories.

—Lillian Sanders, author of Navigating the Afterlife and Other Reasons to Cut Class

MARCIA B. LOUGHRAN — A Featured Poet on The Poetry Box LIVE (Jan 2021)

After my mother died
everything became about the birds—
I was comforted by sparrows,
>chunky, dun-colored,
hard to differentiate from winter itself,
clustered among threadbare branches.
Birds signified
presence, persistence, peace, maybe.
A female cardinal
hopping around a sycamore
fussing over a dead leaf
felt like a message.
Feathers on the sidewalk
pointed the right direction.
Even pigeons
dive-bombing trash
in the intersection
as we waited for the light to turn—
backlit and holy.
A single swan
among the geese
at the edge of the East River
so clearly my long-necked mother—
Just checking in!
Making sure
we were all right.