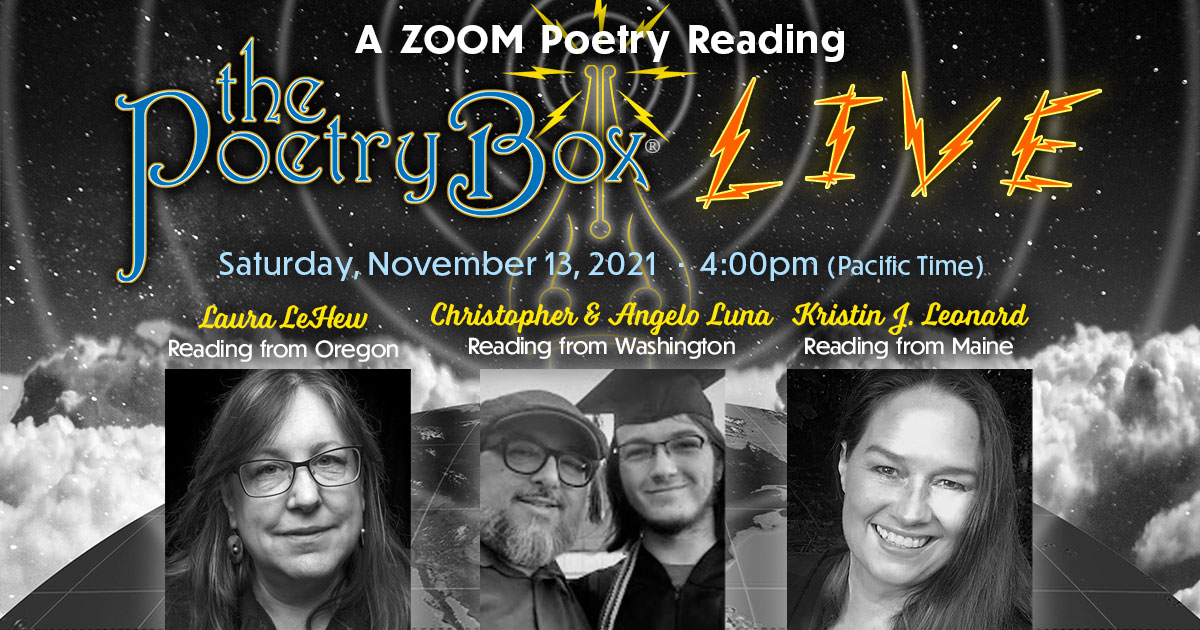 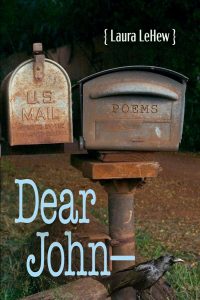 In her alternate life Laura has been active in the high-tech industry for over thirty-five years. Her company Deer Run Associates provides Computer Forensic investigations & Information Security consulting services working with law enforcement & commercial organizations on some of the largest and most high-profile cybercrime cases in recent years.

Laura received her MFA from the California College of the Arts. She is on the steering committee for the Lane Literary Guild and facilitates the 1st & 3rd critique group. Laura held various positions for the Oregon Poetry Association. She co-hosted a reading series, Poetry for the People. Recent residencies include Hypatia-in-the-Wood & PLAYA. Laura owns/edits Uttered Chaos, a small press which publishes books of poetry. 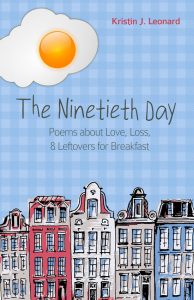 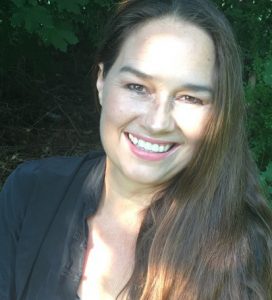 Kristin J. Leonard is an adjunct college instructor that resides in Maine. She is a proud mother (of both children and chihuahuas) and looks forward to summer vacation, when she’ll finally have the opportunity to dig in her garden. She holds an MFA in Creative Writing (Fiction) from University of Southern Maine, an MA in English (Literature), and a Graduate Certificate in Rhetoric, Writing, & Digital Media Studies from Northern Arizona University, where she is also completing doctoral studies in Education.

Her critical and creative work have appeared in The Explicator, The Atlantic, Postcolonial Text, The Ekphrastic Review, and more. She is the 2019 recipient of the Maine Literary Award for Drama, the 2019 recipient of Meetinghouse Theatre Lab’s Maine Playwright’s Award, and Lit Fest’s 2019 Dramatic Writing Fellow for Emerging Writers. She is currently working on yet another revision of her first novel, an historical fiction that takes place during the housing crash of 2007. On most mornings, she can be found typing away at her kitchen table, still struggling to find the right word. 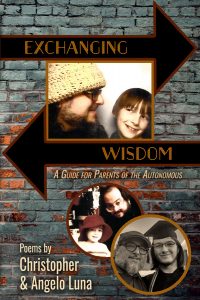 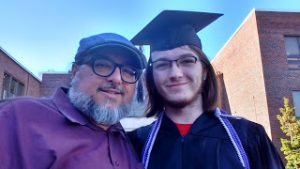 Christopher Luna is a poet, editor, teacher, writing coach and collage artist. He served as the inaugural Poet Laureate of Clark County from 2013-2017. Luna has an MFA from the Jack Kerouac School of Disembodied Poetics, and is the co-founder, with Toni Lumbrazo Luna, of Printed Matter Vancouver, an editing service and small press for Northwest writers. He founded the popular LGBTQ+ friendly, all ages and uncensored Ghost Town Poetry Open Mic in Vancouver, WA, in 2004. Christopher Luna’s books include Message from the Vessel in a Dream (Flowstone Press, 2018), Brutal Glints of Moonlight, and The Flame Is Ours: The Letters of Stan Brakhage and Michael McClure 1961-1978.

Christopher believes that the parent-child power dynamic is inherently fascist, so he endeavored to raise his son to think for himself, question authority, and make his own decisions. He respected his son’s humanity enough to trust him to be responsible, to “allow” him his autonomy. Despite what some saw as tragic indulgence, Angelo grew up to be a sweet, kind, polite, philosophical, compassionate young man who will surely accomplish things his father could not. Christopher could not imagine being more proud of the person Angelo became.

Angelo Luna is a poet, son, and LEGO connoisseur. Originally from New York, with a migration to Washington as a young child, he grew up with a fiery bloodline and cold weather. Currently employed as a teller for Wells Fargo, he loves writing, working, and finance and is interested in what every human has to offer.