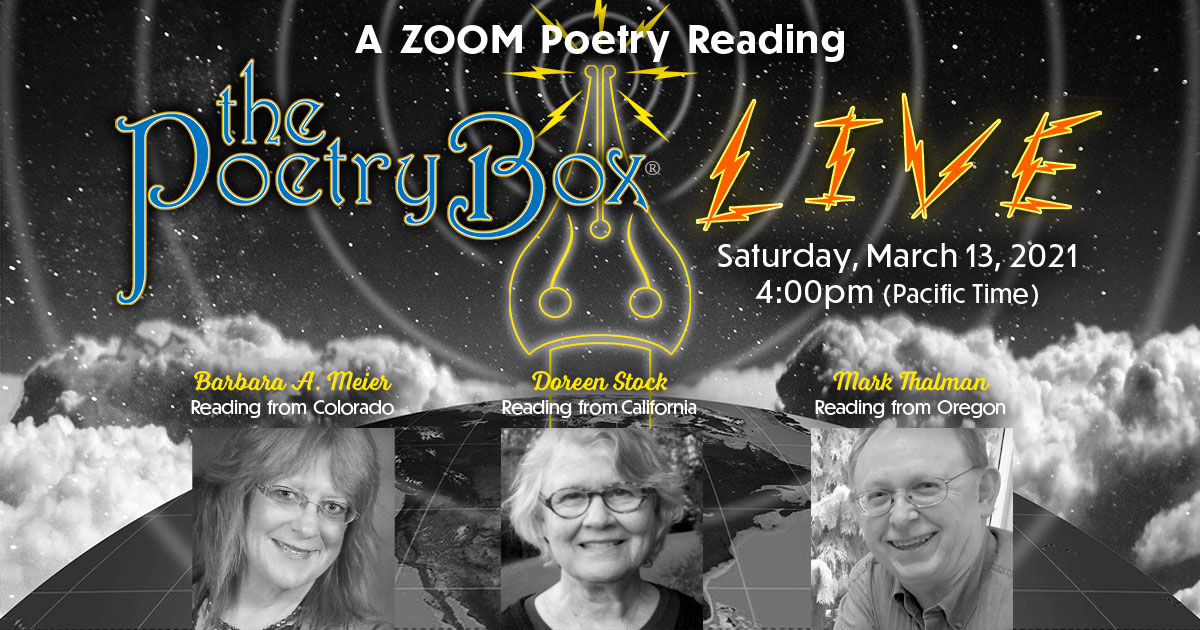 Enjoy the video from the show: 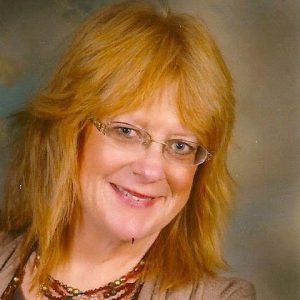 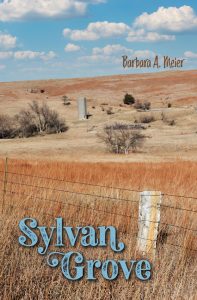 Barbara A Meier traded an ocean of wheat for the Pacific Northwest in 1979. She married, had babies, and pretty much gave up on her dreams of acting and writing. Thirty-three years later, she found herself alone, staring at the Pacific Ocean, and writing poems again.  She still wants to try and get back on stage.

Recently she retired from teaching kindergarten and moved to Colorado to spend time with her mom.  She was just in time for the COVID-19 quarantine.

She has two chapbooks published Wildfire LAL 6 (Ghost City Press, Summer 2019) and Getting Through Gold Beach (Writing Knights Press, November 2019). She has been published in The Poeming Pigeon, TD; LR Catching Fire Anthology and The Fourth River. 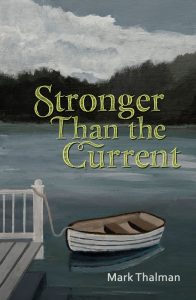 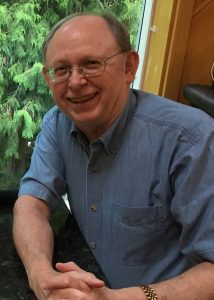 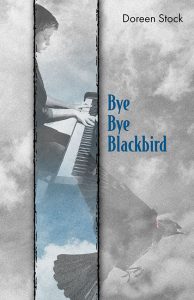 Fairfax, Californian poet, literary translator, and memoir practitioner, Doreen Stock, recently launched a chapbook of poems, Tango Man, (Finishing Line Press) in August 2020. Other works include: My Name Is Y, (Norfolk Press, 2019), an anti-nuclear memoir; Three Tales from the Archives of Love, (Norfolk Press, 2018), a work of historical fiction; Talking with Marcelo, (Mine Gallery Editions, 2017), a book-length interview of Argentine Journalist Marcelo Holot; In Place of Me, Poems Selected and with an Introduction by Jack Hirschman, (Mine Gallery Editions, 2015); The Politics of Splendor, (Alcatraz Editions, Santa Cruz, 1984), poems and translations. An interview and reading of Doreen’s poetry can be viewed online at Marin Poet’s Live! She is a founding member of The Marin Poetry Center.